Arizona turned out to be a republican state overall after the elections on November 8, but as in all of America, the people are split like rarely seen before. This is causing much fear, especially in minority groups such as gays/lesbian/queer/trans people and in groups that have suffered from racial discrimination. Now, more than before the election results came in, it’s time to stand together for these minorities, as well as for the planet. Now is the time for revolution as said lately by Bernie Sanders in an interview.

In Phoenix there have been several gatherings in the street, of which I joined one in front of the state capital with Luis, Celina and her friend Chris, after which we felt a bit better: 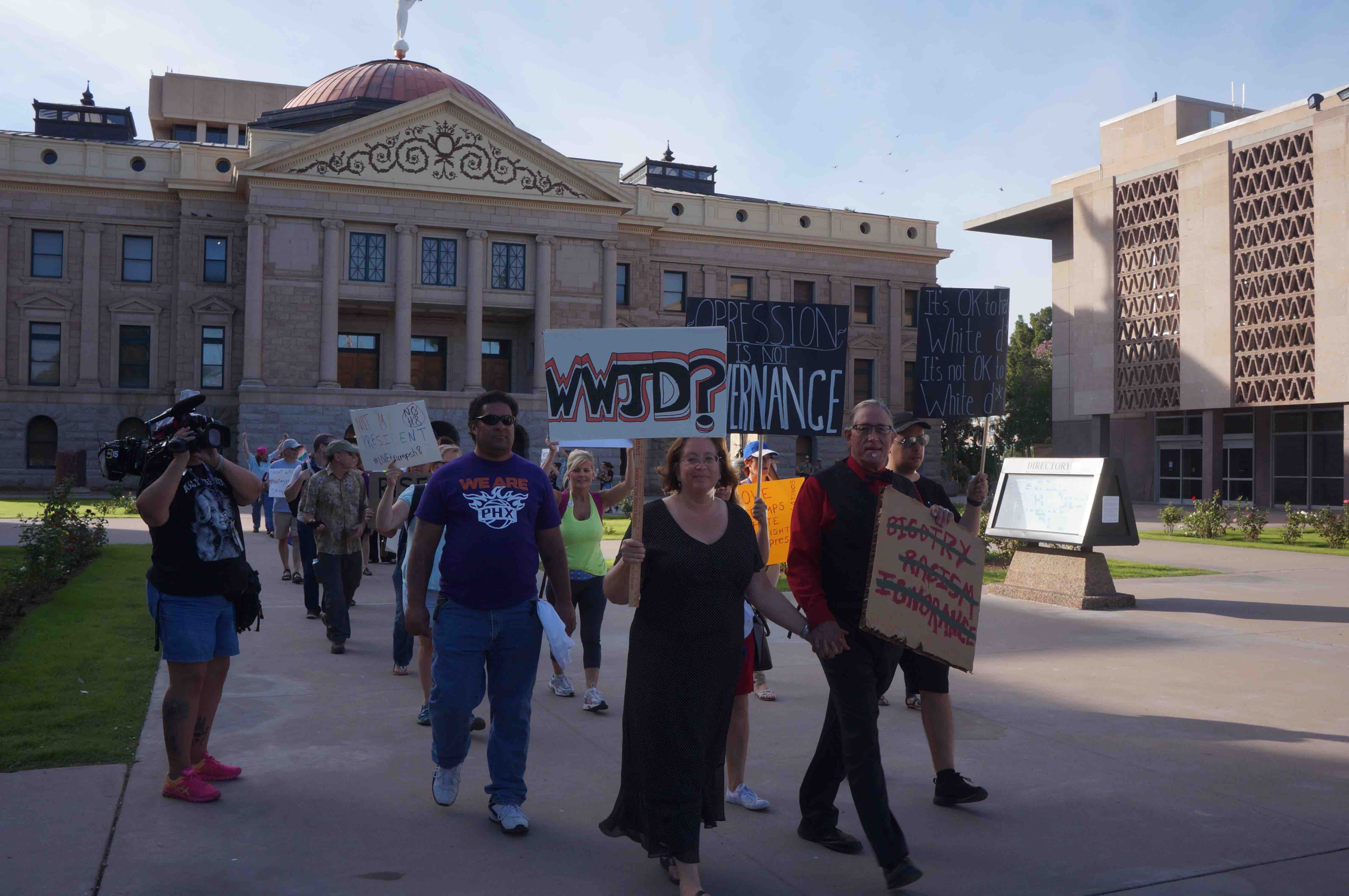 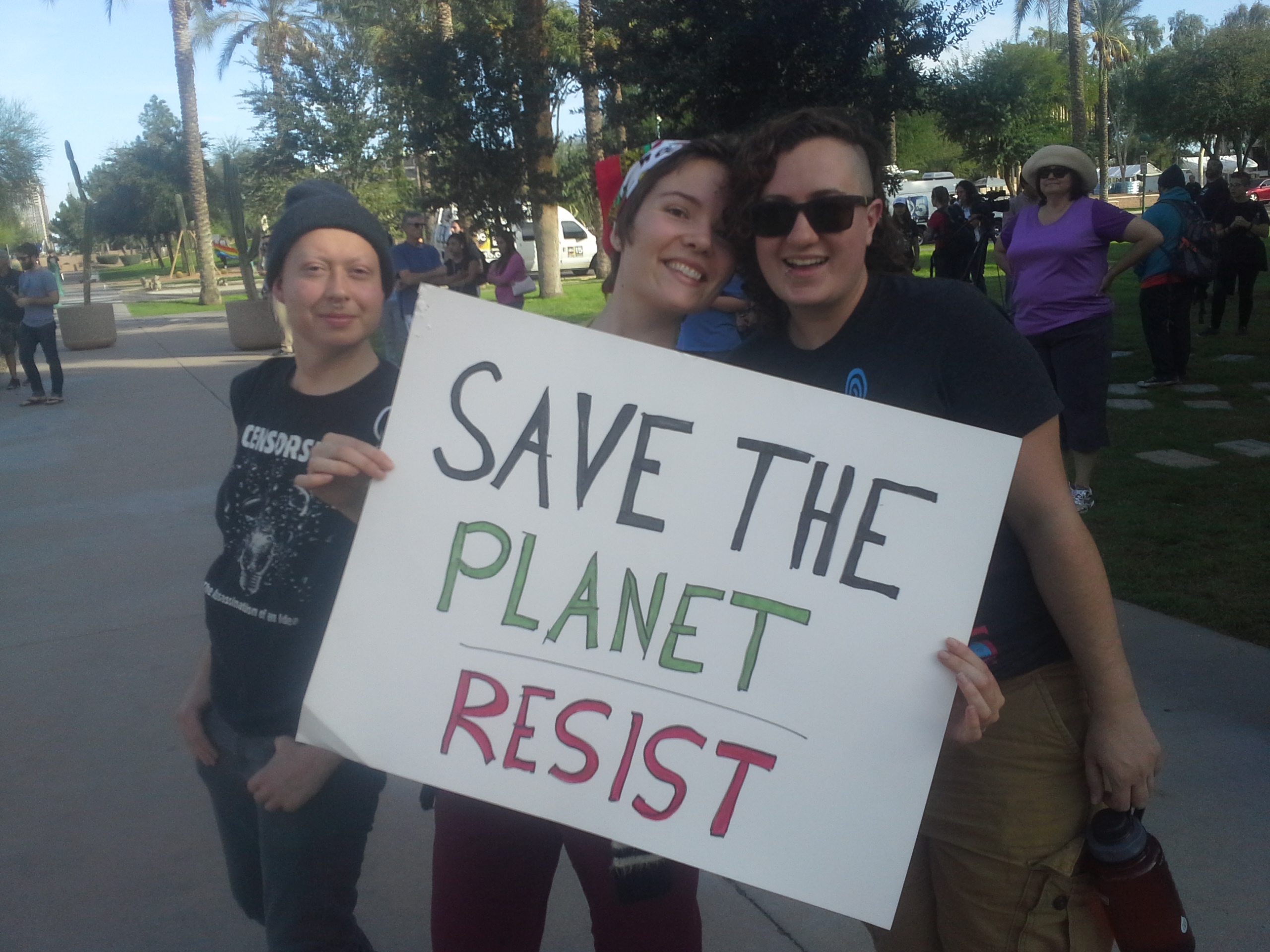 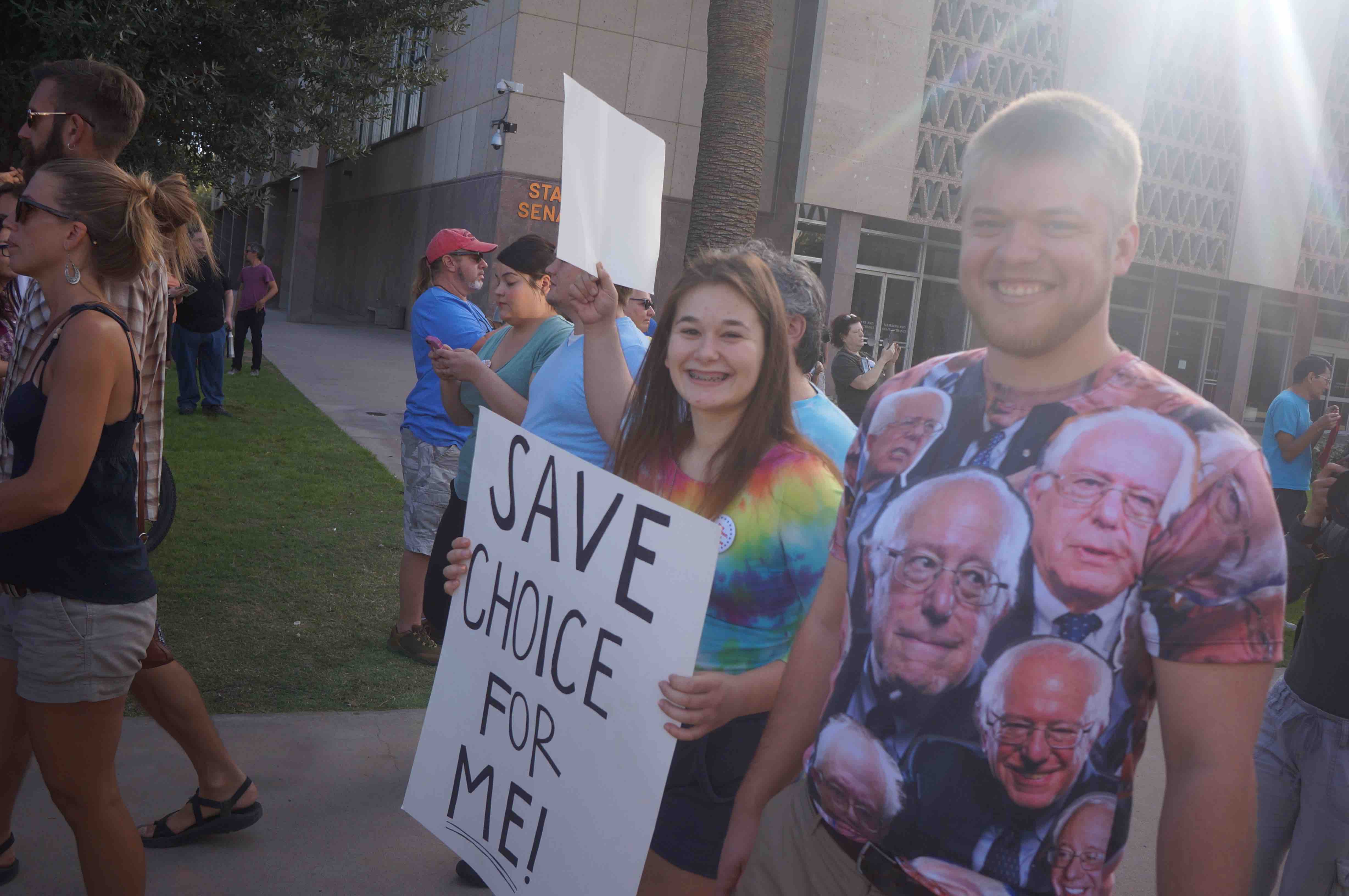 I can’t vote here, but I can show my standpoint.

For a cover of the demostration in Phoenix see this article.